We can provide free help and advice on a range of different claims.

What Are The Changes To The Highway Code For Motorcyclists? – Make A Claim

Welcome to our guide on updates to The Highway Code for motorcyclists. As of 29th January 2022, certain rules and guidelines have been altered to further protect more vulnerable road users such as pedestrians and cyclists. The new hierarchy of road users places pedestrians at the very top. This means they have right of way in almost every circumstance on the road. 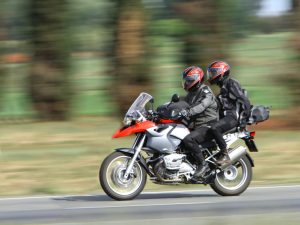 The Highway Code for motorcyclists

Motorcyclists fall somewhere in the middle of this hierarchy. This means they have the responsibility to make sure they use the road in such a way that those who’re more vulnerable in the hierarchy (such as cyclists and pedestrians) are kept from harm. However, that is not to say that this responsibility doesn’t extend to vehicles such as cars or vans.

All road users owe one another a duty of care. They can uphold this duty by adhering to the guidelines in The Highway Code. For motorcyclists, this can be done by giving way to pedestrians and cyclists when it is safe to do so.

If motorcyclists do not observe the rules in The Highway Code and injuries are inflicted on others as a result, then personal injury claims could arise as a result. The victims could be owed compensation.

Get in touch with our advisors today for free legal advice. There is no obligation to make a claim. However, if we think you have a valid and favourable claim, then we may be able to connect you with an expert road traffic accident solicitor from our panel. Read on for more information.

What Changes Are Being Made To The Highway Code For Motorcyclists?

Changes to The Highway Code for motorcyclists revolve mainly around the safety of pedestrians and of cyclists. This places a greater responsibility on motorcyclists to keep more vulnerable road users safe.

Those travelling on foot are deemed the most vulnerable. They lack the protection of a vehicle or protective equipment if they are involved in a road traffic accident.

If you were injured in a road traffic accident and are wondering whether you could claim, why not get in touch? Our advisors are available 24/7 with free legal advice.

Is The Highway Code For Motorcyclists Legally Enforceable?

Not everything in The Highway Code is a legal requirement. Some of it is just guidance. However, it’s important to pay close attention to the wording used in order to differentiate between the two.

For example, if a certain action “must” be taken, then this is usually a legally-enforceable part of the Code. This means that should you not obey it, then you could suffer penalties such as points on your licence or even a fine.

However, guidance should also be followed whenever possible. This can reduce the risk of injury to yourself and to others.

Changes To Priority At Junctions

Motorcyclists are now expected to give way to pedestrians at a junction.

This is true both in the scenario of if the pedestrian is already crossing or waiting to cross. Pedestrians have right of way here, and motorcyclists should stop and allow them to cross or finish crossing if it is safe to do so.

Additionally, changes have been made to help protect another form of vulnerable road user: cyclists. Now, when travelling at speeds up to 30 mph, motorcyclists are advised to leave a gap of at least 1.5 metres when overtaking cyclists. A larger gap is advised when the motorist is travelling faster than 30mph.

This gap is advised to be increased to 2 metres when there are pedestrians walking at the side of the road. Keeping to a low speed is also recommended.

If these distances cannot be met, then The Highway Code advises you to stay behind the cyclist/pedestrian and don’t overtake until it is safe to do so.

Another addition to the changes in The Highway Code include drivers being encouraged to use the Dutch Reach technique when opening their car door. This is when the driver uses their left hand to open the car door so they naturally turn to see if a road user is passing. If the driver does not sufficiently check their surroundings before opening their door, this could lead to a cyclist or motorcyclist being struck with it.

An instance such as this can lead to the cyclist being injured, or possibly even killed in some extreme circumstances.

This section contains a table made up of example amounts that could be awarded to motorcyclists due to a road traffic accident. The figures in the table below are the amounts as listed in the Judicial College Guidelines (JCG).

The JCG is a publication that is used by legal professionals to assist them in arriving at a suitable figure in compensation for the victim’s physical and mental injuries. The figure is known as general damages. It’s important to remember that the range of figures is an illustration rather than a recommendation. Each claim is unique.

Therefore, the amount awarded to the victim may exceed the figures listed in the JCG. It may even be less than the recommendation. In general, the more serious injuries tend to be awarded higher amounts of compensation.

Certain sums can be paid back to you to account for financial losses experienced due to your injuries. This compensation is known as special damages. You will need evidence to prove these expenditures and losses took place.

Loss of earnings, medical bills, and travel costs are all amongst the costs that can be considered eligible for reimbursement via a special damages payment.

Get in touch for more information. Our advisors can value your claim for free.

You can call our advisors today to see if you could qualify to make a No Win No Fee claim. All of the expert lawyers on our panel work in this way for claims they take on.

No Win No Fee means that you aren’t obligated to pay your lawyer’s fee in the event that they do not help you make a successful claim. You only have to do so if you are awarded compensation. Their fee is then covered by a small percentage that’s taken from your settlement. The percentage is capped by law.

No Win No Fee agreements are in place so that those who choose to enlist the services of a legal professional can afford to do so. Reach out to us today and we’ll see if we can get you started.

Recent changes to The Highway Code for motorcyclists may have left you confused as to what you could claim for. We are here to help.

Find out if a litigation friend could claim on your behalf.

You could have a legal right to request CCTV footage of yourself.

Information from the NHS about minor cuts and grazes.

Our guide on a claims time limit after an accident.

An article about when you can claim for a motorcycle accident.

How to claim for a motorcycle accident without insurance.

More information on who gets priority under the new Highway Code changes.

What Do You Do If You Hurt Yourself at Work?

Thank you for reading our guide on changes to The Highway Code for motorcyclists.